Hi! Finally the interview is available on Internet!

Yeah! Damian McGinty was in UTV with Sarah Travers in the show “The Magazine” last Thursday and the video was aired on Friday 20.

There, Damian talked about his plans , maybe some acting an a record …(That would be wonderful!)

Fortunately, Damian has his family that always is caring for him.

Talking about his family, he mentioned that it was the first night of his newborn nephew in the house and how excited and pleased he was because this little one is the first baby since he was one! 😀

But not more words. Do you want to watch him? 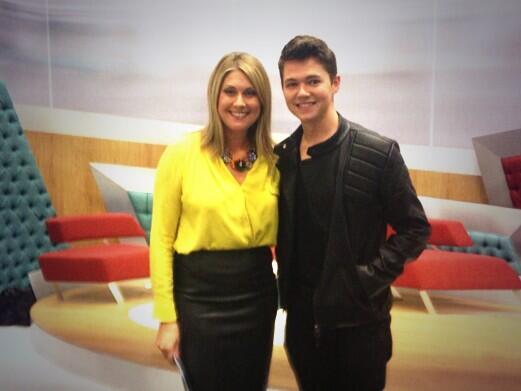 Hi! I’ve just made this vid for the amazing Damian McGinty!

Since he was at Celtic Thunder, then being a contender in The Glee Project, his character as “Rory” in Glee and finally making a solo career, not only that…He’s the owner of a record label and a studio recording!

I tried to put together some interviews and chats of Damo 🙂

The video ends with his brilliant performance at the “Sons and Daughters” concert,  January 20, with  “This Is Your Song”

After finishing his performance on the “Tranquility Cruise”, Damian McGinty went to his hometown Derry in Northern Ireland , directly to the stage!

Yeah! Because he had a rehearsal for the  opening concert of “City of Culture 2013” the  awaited and very important concert called “Sons and Daughters” .

The idea was to put together the most well-known performers around the world that were Derry natives.

Of course, Damian McGinty had to be there, because he has put in the head of millions of persons the name of Derry since he became in a Glee-star!

Not only that…Remember he’s singing since the age of 6 and entered to “Celtic Thunder” when he was 14…At 18 he win “The Glee Project” to be in “Glee” 7 episodes but he got much  more!

Now he’s an amazing singer and a bussinessman because he’s the owner of a record studio (AudioBooth) and a record label (WalledCityRecords).

So…Do you want to see the pics?

VIDEO: DAMIAN AND CAMERON ON STAGE: THE ROXY

Damian McGinty and Cameron Mitchell were singing together in “The Roxy” on December 9.

It was a show called “All For The Lights” where some The Glee Project fellows performed .

Do you want to watch it?

Damian McGinty was in the show “Music Speaks 2012“. He didn’t sing but he was  there supporting his friends Cameron Mitchell and AJ Rafael.

AJ Rafael has organized this event.

Music Speaks is a movement to help raise Autism Awareness through the power of music.

This year, the concert Music Speaks 2012, has been on Saturday, November 3 in Pomona, California.

This is what Damian said about it :

“#MusicSpeaks2012 was one of the best shows I’ve ever been to. So much talent, incredibly inspired. Just out of this world.” 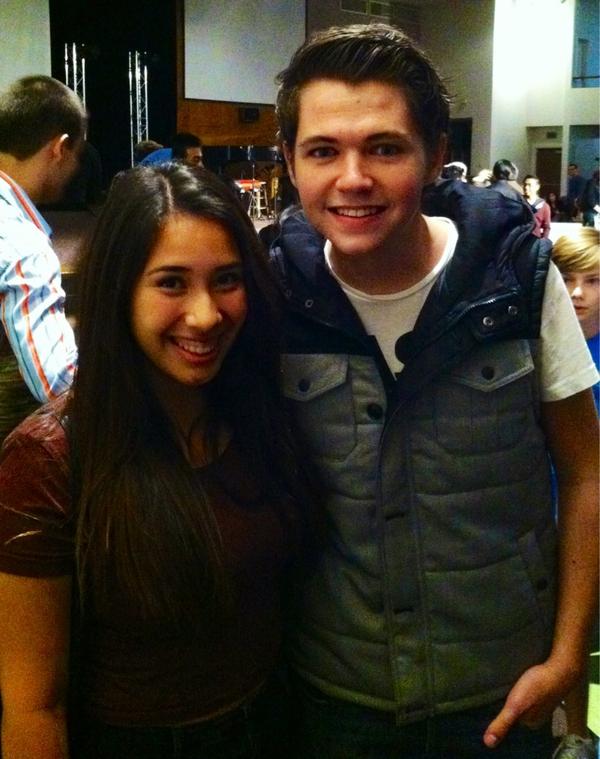 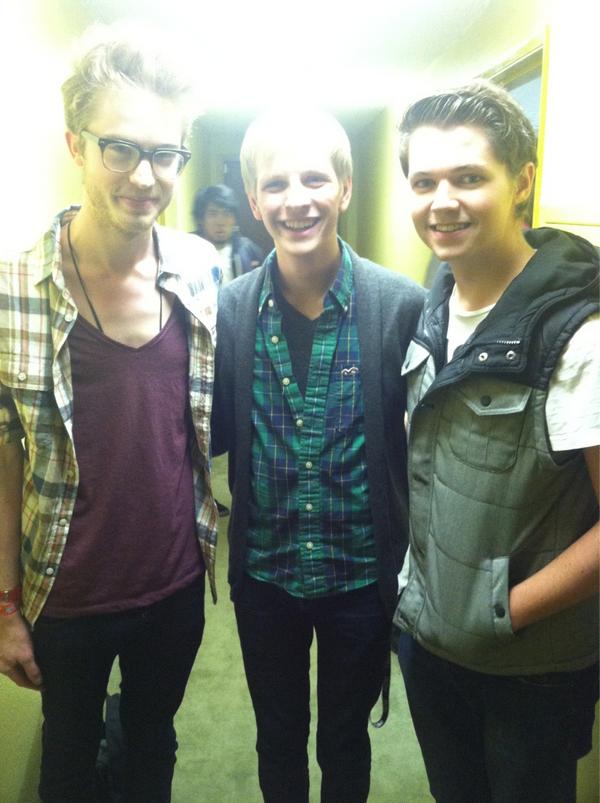 New vids have been published!

Yeah! Thanks God for cell cameras!

Gorgeous Damian McGinty is singing the lovely song “Come by the Hills” accompanied in the piano by the great Phil Coulter .

Do you want more? Well here you are!
Adorable Damian singing “Beyond the Sea” …. I’m sure you heard it in TGP, right? Accompanied by encharming Phil Coulter.